Piano skills, notes to musical expression, then the automatic player piano from punched holes from a recording of the original, more than just a music box: Change the instructions and something else plays. Computers used programs stored on punched tape for their instructions - They can do more though, depending on what the disc base instructions are

What is going on inside a computer - A walk around the memory, central processor, (8 bits at a time for a comparison, say)

A more complex programming challenge: A more complex musical playback device from a roll of paper - What note and how long for? A code for which instrument is held on the paper roll, translated into on/offs in the organ

Another mechanical computer- A mechanical '0s' and X's' machine, and Professor Donald Mitchie's (Turing Institute) matchbox '0s' and X's' Intelligent machine, the more it plays the smarter it grows; a strategy that satellites in space can use, too 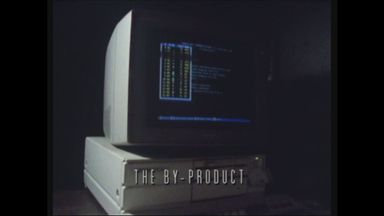 First in a series of ten programmes about computers in society with Fred Harris. The By-product: The space race of the 1960s developed a new breed of lightweight computers to control spacecraft. A major by-product was the silicon chip. If it weren't for the Apollo project, the personal computer would still be a fantasy of the future. Film editor IAN MCKENDRICK Director TINA FLETCHER Producer TERRY MARSH 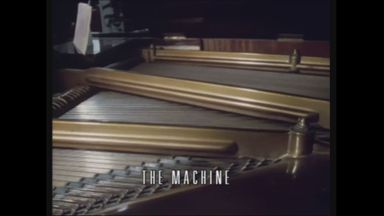 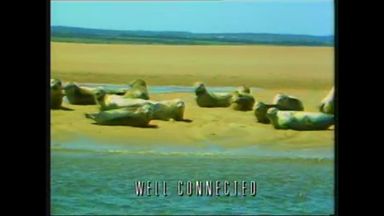 A series of ten programmes about computers in society with Fred Harris. 3: Well Connected: On a windy beach near South Humberside, scientists from the Sea Mammal Research Unit try to catch a grey seal in their nets. The idea is to attach a radio transmitter to its back and track the seal's behaviour with a satellite overhead. Director DAVID HARRISON Producer TERRY MARSH 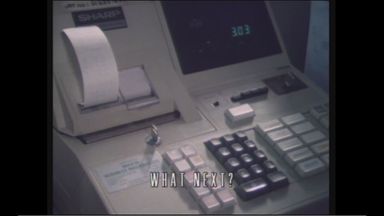 Fourth in a series of tenprogrammes about computers in society with Fred Harris. What Next?: More and more shops are being fitted with electronic tills. These tills can send their daily sales information down a telephone line to a main computer. But what happens to the information then? Film editor IAN MCKENDRICK Director DAVID HARRISON Producer TERRY MARSH 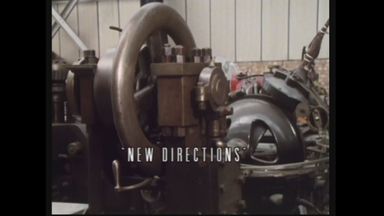 Fifth of ten programmes with Fred Harris. New Directions: The hobby computers of yesterday have changed the face of computing today. It has become accessible to ordinary people enabling them to develop new ideas in business and industry. Film editor PETER ESSEX Series producer TERRY MARSH 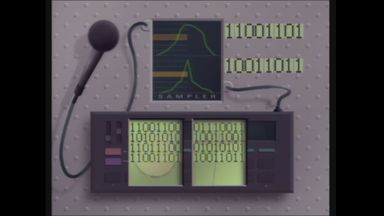 Sixth in a series of ten programmes about computers in society with Fred Harris. Chips and Drumstick: In a London squat, two musicians built themselves a drum kit from cheap and freely available parts - silicon chips. They realised they had a winner on their hands, and joined up with a marketing company to sell large numbers to eager buyers. But attempts to build on this success have not gone so smoothly. Film editor IAN MCKENDRICK Director D J HARRISON Series producer TERRY MARSH 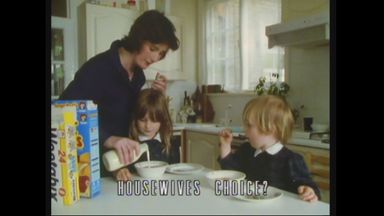 Seventh of ten programmes about computers in society with Fred Harris. Housewives Choice?: Are you a 'modern clean liver', or a 'guilty eater'? Advertising executives pour over their computer Printouts trying to find the sort of person who will buy their breakfast cereal. Rather than promote the product to all and sundry, they are hoping to appeal to a 'niche market who will appreciate quality and pay extra for it. Photography NIALL KENNEDY Producer TERRY MARSH 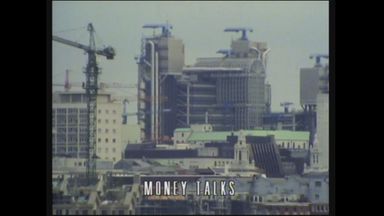 Ten programmes with Fred Harris. 8: Money Talks: Lloyds of London will insure virtually anything. In 1987 a new computer system was introduced, but underwriters had to be persuaded that this was their way forward. Cameramen HENRY FARRAR, NIALL KENNEDY Producer TERRY MARSH 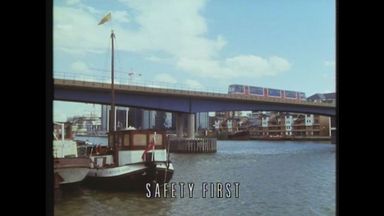 A series of ten programmes with Fred Harris. 9: Safety First: When all else fails, a computer-controlled brain can at least be made to 'fail safe', which means in an emergency it simply stops. But it is more difficult to apply this principle to a computer-controlled plane. Cameramen NIALL KENNEDY , ROGER TWYMAN Producer TERRY MARSH 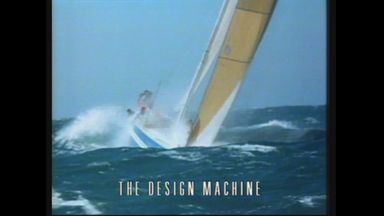 Last in a series of ten programmes about computers in society with Fred Harris. The Design Machine: Peter de Savary's yacht designers turned to computers to help build an America's Cup challenger in a matter of months. Computers can often speed up design work, but do they improve the quality of the end product? Film editor IAN MCKENDRICK Director DAVID HARRISON Producer TERRY MARSH 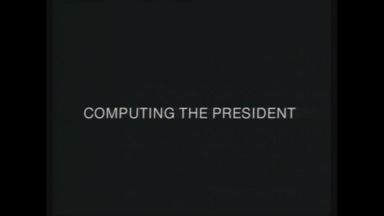 When George Bush was elected president, he could thank computers for much of his campaign success. But political commentators claim that computers have raised disturbing civil rights issues. Producer PAUL SIMONS 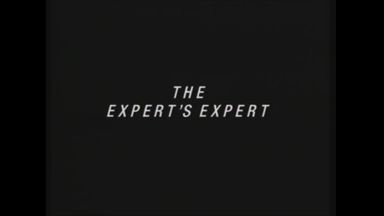 Expert systems are helping human professionals solve many problems. But as experience from the military shows, they can be misused. Commentary: Tom Mangold. Producer PAUL SIMONS 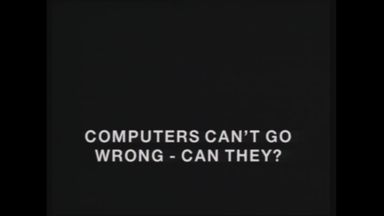 3. Computers Can't Go Wrong, Can They?

Computer software has no safety standards. Lives may have been lost by computer failures and experts predict major disasters in the future. Producer DAVID HARRISON 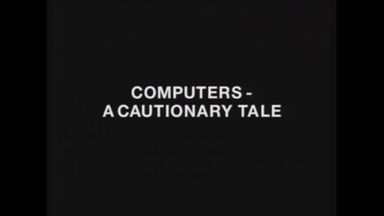 Computers a Cautionary Tale A recruitment agency is trying to computerise its office. What problems does it face? Commentary ANNA MASSEY Producer PAUL SIMONS 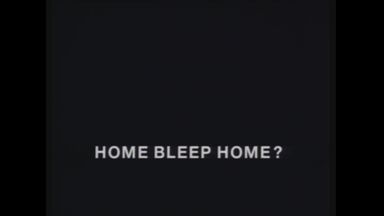