BBC 2 Series 1 Episode 1
First broadcast 19th March 1980, 19:40
Duration: 39:29
The silicon chip, unnoticed by most of us a few years ago, is now something everybody has heard about, few understand and many are beginning to fear. Is it really the basis for a revolution as profound as the industrial revolution? Bernard Falk takes a layman's view of what the silicon chip is, how it's made and works. From a Chicago millionaire's home to a Birmingham car-test track, and from a psychiatric hospital in Scotland to a Swedish factory, he looks at how the new technology is being used and what it could do in the future. Film editor JOHN LYTE Producer DAVID ALLEN.

In the 19th century water was pumped to London by these huge Boulton and Watt steam engines at Kew. They exemplify the revolutionary age of mechanisation when machines replaced muscle and opened up industrialisation.

Series presenter, Bernard Falk (well known in the 1980s as a Current Affairs reporter) introduces the idea of the new revolutionary age of computer controlled machines with 'memory'. He teaches a robot of the kind seen in the opening titles to remember and then write his name.

In the offices of Citibank in New York a glimpse of the future. Word processors also with 'memory' speed up customised letters; computer controlled ink-jet printers print them out. The revolution is made possible because of the silicon chip - found in calculators, pocket translators and other gimmicks flooding the market (in the late 1970s).

Christopher Evans a computer scientist at the National Physical Laboratory, Philip Reasbeck, chief scientist at Lucas Industries and Barry Sheerman, research director of the ASTMS union predict the profound changes being brought about by this new technology.

Falk quickly traces the history of computer technology from the enormous valve based ENIAC computer of 1949 through a transistorised machine of the 1950s to the invention of the silicon chip and integrated circuits in the 1960s. Since then the number of components on a chip has doubled each year (Moore's Law). Evolution turns to revolution.

The manufacture of silicon chip integrated circuits is described in detail at Mullards in Southampton with the help of David Heard. All the components of a complete computer can now be etched on a single chip of silicon. A million memory components is predicted by 1984

An animated sequence shows how a computer program works using a whimsical analogy of a driver approaching traffic lights. A simple algorithm and the basic components of a binary digital computer are explained: input, memory, processor, output device. Chips can be seen actually operating binary (ons and offs) under a microscope.

Computers are now coming into the high street and being used by small businesses. Serge Lowry a delicatessen owner has been finding out how a home computer can help with his book keeping.

The mobile cell phone is trialled in Chicago in 1979. Admittedly it's bulky, with electronics in a car boot, but it shows the beginnings of the mobile phones we carry in our pockets today.

Novelty phones in an american store use built in microelectronics to store numbers.

Prestel (developed by the post office in the UK) uses the telephone lines to carry and display data. A precursor of the internet. A central computer distributes information to a terminal in the home. Home shopping is on the way - as well as finding the price of wine, Falk orders some Chateu Talbot and pays for it online with a credit card.

At Bell Labs - where the transistor was developed - fibre optic links are developed to vastly multiply the amount of data carried by the telephone system. A single fibre could carry all the telephone conversations in North America.

Microelectronic control of a family house. An american millionaire Dick Brodner spent £250,000 developing an early micro controlled house system - managing heating, security, air conditioning, lighting and so on. HIs wife "in awe of it" has a screen with recipes in the kitchen. Dick's rationale for the outlay: "The difference between men and boys is the size and value of their toys"

New technology speeds up routine, repetitive tasks at at the Royal Edinburgh psychiatric hospital where the labelling of drugs has been automated, saving an enormous amount of the time spent by a qualified pharmacist.

A child's ability to recognise and pick out objects easily is contrasted with a machine designed to detect and handle a part for a tape recorder in Philips Research labs. Donald Michie professor of Machine Intelligence at Edinburgh University speculates about autonomous machines that can learn by example. Robots working in a car factory pick up parts.

At Bell Labs an experimental voice recognition system shows its abilities and its limitations. Comments by Donald Herriot of Bell Labs.

Conclusion - this powerful, exploding technology will affect predicable and repetitive jobs profoundly and therefore cause both job losses and opportunity. Chris Evans says we may be entering a world of benevolent slavery.

The silicon chip, unnoticed by most of us a few years ago, is now something everybody has heard about, few understand and many are beginning to fear. Is it really the basis for a revolution as profound as the industrial revolution? Bernard Falk takes a layman's view of what the silicon chip is, how it's made and works. From a Chicago millionaire's home to a Birmingham car-test track, and from a psychiatric hospital in Scotland to a Swedish factory, he looks at how the new technology is being used and what it could do in the future. Film editor JOHN LYTE Producer DAVID ALLEN. 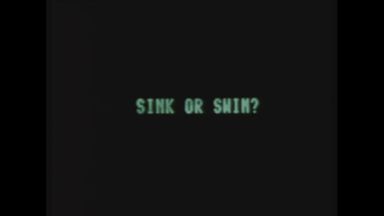 Is British industry falling behind in its use of silicon chip technology? By using microelectronics in its products or in production, a company can improve its competitiveness enormously. But to ignore the opportunities offered by the chip could lead to disaster when other - largely foreign - competitors are forging ahead. And what of the effects on the workforce if a company 'goes micro ' ? Are our fragile industrial relations capable of adjusting to the changes the new technology will force on us? Bernard Falk reports from Holland, Sweden and Norway to put the British position into perspective. Director ROBERT ALBURY Producer DAVID ALLEN 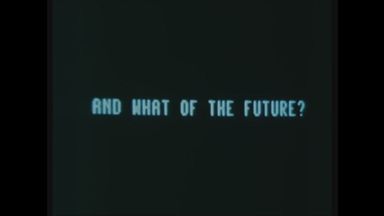 How will the silicon chip affect the quality of our lives and our attitudes to work? Starting in America, Bernard Falk visits places already using the new technology to find out what could be in store for white collar, blue collar and professional workers in the next decade. What kinds of jobs will change or disappear? Are there areas where employment will increase? What will be the effects on the professions? How must our attitudes change if we are to enjoy the benefits of this new revolution and not suffer its worst effects? Production DAVID ALLEN and ROBERT ALBURY