Radio 4 Series 1 Episode 7
First broadcast 22nd September 2015, 13:45
Duration: 13:49
In the 1980s, 'micro computers' invaded the home. In this episode, Hannah Fry discovers how the computer was transported from the office and the classroom right into our living room. From eccentric electronics genius Clive Sinclair and his ZX80, to smart-suited businessman Alan Sugar and the Amstrad PC, she charts the 80s computer boom - a time when the UK had more computers per head of population than anywhere else in the world. Presenter HANNAH FRY Producer MICHELLE MARTIN

Introduction: In the 1980s, 'micro computers' invaded the home. Sir Clive Sinclair and his ZX80, to smart-suited businessman Alan Sugar and the Amstrad PC -the 80s computer boom

1980s: The boom - Everyone wants a home computer. ZX Spectrum as gift to Japanese Prime Minister; What are they for? Tomorrow's World transmission of computer program, Making the Most of the Micro, bits bytes and CPU. The fascination of it all, 1983 the highpoint of the boom, Xmas 1984 a complete disaster, though 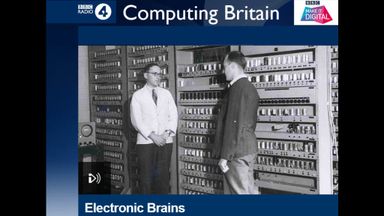 From the mobile phone to the office computer, mathematician Hannah Fry looks back at 70 years of computing history, to reveal the UK's lead role in developing the technology we use today. In the first episode, she travels back to the 1940s, to hear the incredible story of the creation, in Britain, of the computer memory.Three teams from across the country - in Teddington, Manchester and Cambridge - were tasked with designing automatic calculating engines for university research. But which team would be first to crack the tricky problem of machine memory?Meanwhile, tabloid headlines proclaimed that engineers were building 'electronic brains' that could match, and maybe surpass, the human brain, starting a debate about automation and artificial intelligence that still resonates today.Featuring archive from the Science Museum and the BBC Library, plus an interview with technology historian Dr James Sumner from Manchester University. Presenter HANNAH FRY Producer MICHELLE MARTIN 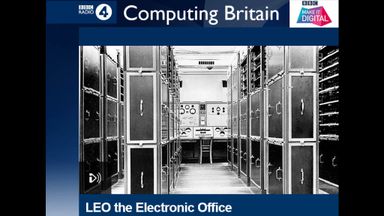 Hannah Fry hears the incredible story of how a chain of British teashops produced the first office computer in the world.J Lyons and Company was the UK's largest catering company, with 250 teashops across the country. They also owned their own bakeries, a tea plantation and haulage firm, as Dr Tilly Blyth from the Science Museum describes.By the 1950s, this vast business was drowning in paperwork. Lyons embarked on an ambitious new project to build a machine called LEO - the Lyons Electronic Office.Their office computer was based on the giant calculating machines being built inside UK universities to solve mathematical equations. Sure, these machines could manage maths, but could they handle catering? Featuring archive from the British Library, the Science Museum and the LEO Society. Presenter HANNAH FRY Producer MICHELLE MARTIN 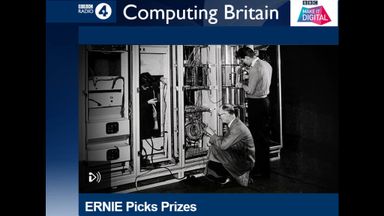 ‘Savings with a Thrill’: In 1956, adverts enticed the British public with a brand new opportunity. Buy premium bonds for one pound, for the chance to win a thousand. At the time, it was a fortune - half the price of the average house. Behind this tantalising dream was a machine called ERNIE - the Electronic Random Number Indicator Equipment. ERNIE was built by the team who constructed Colossus, the code-breaking engine housed at Bletchley Park. They had just nine months to make a machine that generated random numbers using all the latest kit, from printed circuit boards to metal transistors. In this episode, mathematician Hannah Fry talks to Dr Tilly Blyth from the Science Museum about how ERNIE became an unlikely celebrity. Featuring archive from NS&I, the Science Museum and the BBC Library. Presenter HANNAH FRY Producer MICHELLE MARTIN 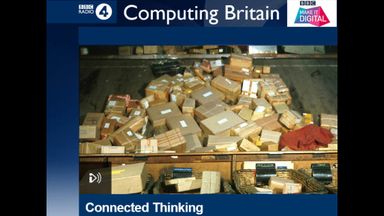 Long before the heroics of the world wide web, the internet was born out of a mixture of American ambition and British thrift. Packet Switching was the name coined by Welsh computer scientist Donald Davies in an effort to link the early computers in the labs of the National Physical Laboratory in Teddington. Presenter HANNAH FRY Producer ALEX MANSFIELD 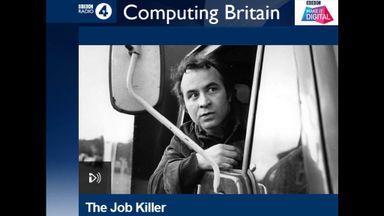 From the earliest days of electronic computers, commentators feared that mass unemployment would result from the efficiencies of computers and automation in the workplace. These fears would resurface over the decades, but came to a head towards the end of the 1970s with the coming of relatively cheap microprocessors. Presenter HANNAH FRY Producer ALEX MANSFIELD 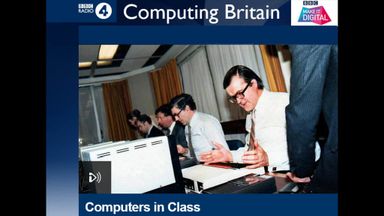 As the manufacturing industries of the 1970s became the service sector of the 1980s, the BBC tried to help democratize the coming of the affordable microchip, to help re-equip a vulnerable workforce for a digital future. The BBC Computer Literacy Project was aimed initially at adults, but somehow ended up putting a beige BBC Microcomputer in the corner of nearly every classroom in the land. Presenter HANNAH FRY Producer ALEX MANSFIELD 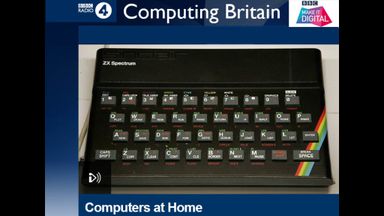 In the 1980s, 'micro computers' invaded the home. In this episode, Hannah Fry discovers how the computer was transported from the office and the classroom right into our living room. From eccentric electronics genius Clive Sinclair and his ZX80, to smart-suited businessman Alan Sugar and the Amstrad PC, she charts the 80s computer boom - a time when the UK had more computers per head of population than anywhere else in the world. Presenter HANNAH FRY Producer MICHELLE MARTIN 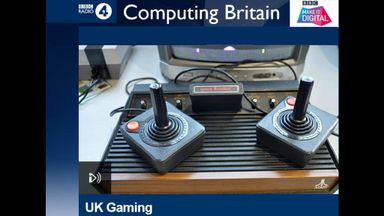 Computers in British schools and homes nurtured a generation of programmers who cut their teeth in the 1980s playing and writing video games. Mathematician Hannah Fry talks to the Oliver Twins, who as teenagers won a games-writing competition on ITV's Saturday Show. The twins went on to write a bestselling games series featuring a loveable egg called Dizzy. She hears about an early publishing house in Liverpool where fast cars and marketing ploys went spectacularly wrong and finds out how some games originally created in the UK, like Tomb Raider and Grand Theft Auto, hit the big time. Nowadays, 'AAA' video games have budgets akin to feature films, costing up to £200m to produce. So could today's bedroom coders still have a Number 1 hit? Featuring an interview with Magnus Anderson, author of 'Grand Thieves & Tomb Raiders: How British Video Games Conquered the World'. Presenter HANNAH FRY Producer MICHELLE MARTIN 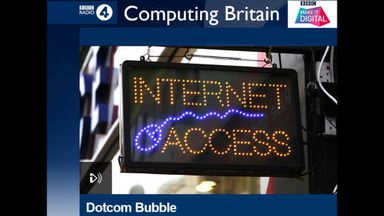 The city went crazy for dot com companies in 1999. But in March 2000, the boom suddenly turned into a bust. Hannah discovers that technology then wasn't up to the job. 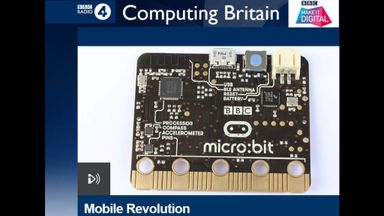 Hannah Fry tells the story of the little known British company in Cambridge that designs and build the ARM chip, found in almost every mobile device in the world, and the impact it has had in powering the digital age. The team at Acorn had designed the BBC Micro back in the early 1980s. In an attempt to stay ahead they decided to design a new kind of microprocessor chip, the RISC chip. They used it in the Acorn Archimedes which was the fastest computer in the world when it was released in 1987. After falling on hard times when the PC became the dominant computer the company was saved when Apple chose to put the ARM chip in their personal digital assistant, the Newton. ARM chips became ubiquitous as digital devices became smaller. Now they are driving the tiny devices such as the Raspberry Pi and the BBC Micro:bit which aim to encourage young people to code, just as the BBC Micro did three decades ago.