BBC1 Series 1 Episode 2
First broadcast 19th April 1984, 23:15
Duration: 24:44
2: The Stand-alone Micro : Most of the computers in business are being used for relatively straightforward tasks like word processing, financial planning and simple data base management. IAN MCNAUGHT-DAVIS examines these various 'stand-alone' applications in the second of six programmes about the office technology of today and tomorrow. Production MIKE COCKER and DAVID ALLEN

The micro is being used in the Scarfell Hotel in Borrowdale for simple things like printing menus, sending letters, saving time and providing a better service. Local advice and help is essential - this comes from an advice centre in Ambleside

The first business use of the microcomputer is word processing. Archive footage of the typing pool. A word processing system is seen speeding up work in a solicitors' office

The second business use is the spreadsheet. Mac talks about business packages - especially financial planning. The London Borough of Hammersmith is using spreadsheets for 'what if' calculations about the rates (community charge). Mac shows how to use a spreadsheet to calculate the cost of a teddy bears' picnic

The third business application is database management. A system being used in the Parks Department in Hammersmith

The fourth business use is accessing big databases using the phone - e.g. through Prestel.

A very early demonstration of a modern WIMP interface on an Apple computer - Windows, screen Icons, Mouse and Pull-down menus. Mac creates a fictitious document from Nick Brutal, a sales director, using a range of cut and paste techniques. 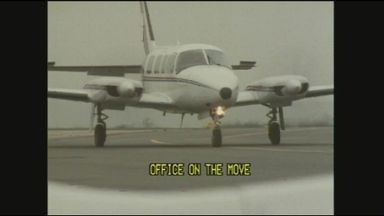 1. Office on the Move

1: Office on the Move : The combination of ever cheaper computers and improved telecommunications has produced a quiet revolution on the desks of secretaries, clerks, middle managers and executives, sometimes for good, sometimes for ill. IAN MCNAUGHT-DAVIS. himself the director of a major computer company, begins a six-part examination of the office technology of today and tomorrow. Production MIKE COCKER and DAVID ALLEN 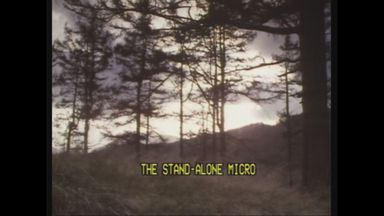 2: The Stand-alone Micro : Most of the computers in business are being used for relatively straightforward tasks like word processing, financial planning and simple data base management. IAN MCNAUGHT-DAVIS examines these various 'stand-alone' applications in the second of six programmes about the office technology of today and tomorrow. Production MIKE COCKER and DAVID ALLEN 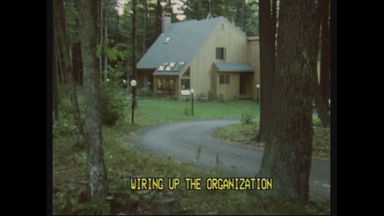 3. Wiring up the Organisation

3: Wiring up the Organisation : A microcomputer on its own can perform many useful tasks in the office but as soon as an organisation starts linking computers together into a network, its whole style of working may change dramatically, with a consequent challenge to management. In the third of six programmes IAN MCNAUGHT-DAVIS continues his examination of the office technology of today and tomorrow. Film editor JOHN DlNWOODIE Production MIKE COCKER and DAVID ALLEN 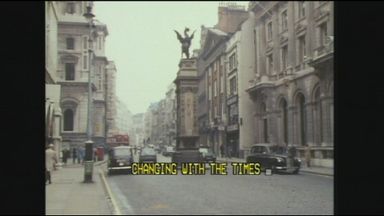 4. Changing with the Times

4: Changing with the Times How do modern electronic methods affect the working habits and culture of an old established daily newspaper? IAN MCNAUGHT-DAVIS finds out with the help of journalists, editors and others at the New York Times. Film editor JOHN DINWOODIE Production MIKE COCKER and DAVID ALLEN 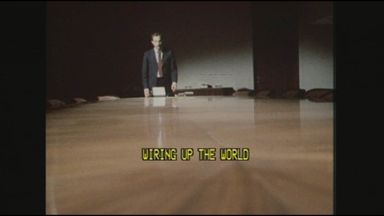 5. Wiring up the World

5: Wiring up the World : The microcomputing revolution in business would mean little without the telephone network. Companies can exchange data electronically with each other and even with us, their customers, in a fraction of a second, and this is having a considerable effect on competition. Production MIKE COCKER and DAVID ALLEN 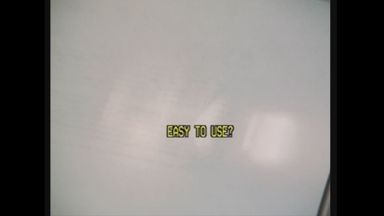 6: Easy to Use? : Computer manufacturers at present claim 'ease of use' for their machines. In reality most computers are far from easy to use. In this last programme IAN MCNAUGHT-DAVIS takes a look at some of the work being done to humanise the technology. Production MIKE COCKER and DAVID ALLEN