The Rise of the Robots

Adam Rutherford explores the role of robots in science and culture across the ages.

The Rise of the Robots 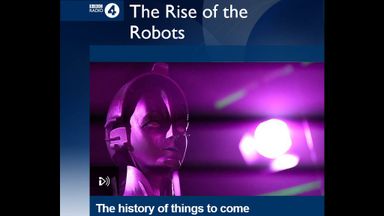 1. The Role of Robots in Societies

The idea of robots goes back to the Ancient Greeks. In myths Hephaestus, the god of fire, created robots to assist in his workshop. In the medieval period the wealthy showed off their automata. In France in the 15th century a Duke of Burgundy had his chateau filled with automata that played practical tricks on his guests, such as spraying water at them. By the 18th century craftsmen were making life like performing robots. In 1738 in Paris people queued to see the amazing flute playing automaton, designed and built by Jacques Vaucanson. With the industrial revolution the idea of automata became intertwined with that of human workers. The word robot first appears in a 1921 play, Rossum's Universal Robots, by Czech author Carel Chapek. 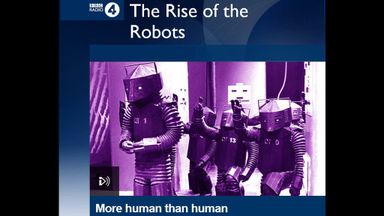 2. Our Relationship With These Machines

Robots are becoming present in our lives, as companions and as helpers. Some are humanoid, others are like dustbins. Adam Rutherford explores our relationship with these machines. Have we made them to be merely more dextrous versions of us? Why do we want to make replicas of ourselves? Should we be worried that they could replace us at work? Is it a good idea that robots are becoming carers for the elderly and for children with autism? In this programme Adam Rutherford meets some of the latest robots and their designers and compares the current reality with fictional robots from films. 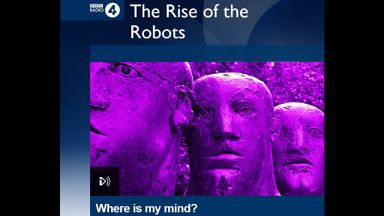 Are we ready for artificial intelligences making decisions for us? From Skynet and the Terminator franchise, through Wargames and Ava in Ex Machina, artificial intelligences pervade our cinematic experiences. But AIs are already in the real world, answering our questions on our phones and making diagnoses about our health. Adam Rutherford asks if we are ready for AI, when fiction becomes reality, and we create thinking machines.